I work with companies large and small who are trying to develop a sustainable innovation practice. They don’t just want to launch an idea on a wing and a prayer. They want to find a repeatable process that can improve their chances of success. Admittedly they have tried the wing and prayer route before and they know it doesn’t work. The truth is that most of these disruptive or exponential innovation initiatives don’t succeed. They fail. The challenge that these companies face is that they are trying to build the tools and processes but they struggle to address the culture. They never address the necessity of failure. 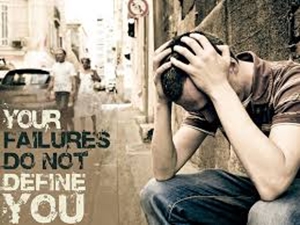 Last year the American Management Association (AMA) conducted a survey of 500 executives, managers, and employees asking them for their opinion on the biggest obstacle to encouraging employees to take greater responsibility (see Fear of Failure).

Far and away the largest response was the “fear of being held responsible for mistakes or failures” with 38 percent citing it as the leading cause. That is more than one third of respondents believe the fear of failure is holding employees back from taking on more responsibility or more risk in their work.

If we add in the third and fifth ranked responses the message looks even grimmer. The “Lack of incentives or deterrents in organizational processes” with 14 percent and “Reluctance to make decisions that might impact one’s career” with 9 percent we get a total of 61 percent of respondents who are too fearful of the consequences or see little incentive in taking greater responsibility. That would be almost two out of every three employees who are too afraid to take on more responsibility in their work.

Many companies are going through the right innovation motions. They are creating their innovation pipeline, experimenting with open innovation and trying to manage their front-end and back-end innovation processes but few are addressing this fear. Few are tackling the issues of risk, failure, and the consequences that follow. It is when the consequences of failure outweigh the rewards of success that innovation programs stall.

Recently I was presenting my story on how a lack of planning for failure has crippled many corporate innovation programs because it allows the risk vs reward ratio to become inverted. After the session an innovation leader at a Fortune 100 company had contacted me suggesting that “I had hit the nail on the head.” She works at one of the most innovative companies in the world and she was witnessing leaders who were not willing to take on risky initiatives because the consequences for failure outweighed the rewards. These leaders had modified their behavior to ensure their own survival.

As employees see how other innovators are being treated when their projects fail they will knowingly or unknowingly move to de-risk their own behavior. This theory of how we as humans learn from watching the actions and consequences of others was first formulated by psychologist Albert Bandura in 1977. Bandura coined the theory as Social Learning Theory.

Anyone who has spent time watching children interact will recognize the accuracy behind the theory. What many leaders fail to understand is how this behavior permeates beyond the childhood playground. This theory plays out daily in the office when we are observing the actions and the consequences of our colleagues.

So while employees are afraid to make mistakes or fail in the workplace they have ideas on how to solve this dilemma. When the same group of participants was asked what actions could be taken to encourage greater responsibility more than half of them responded “support a culture where well-reasoned risk-taking is encouraged.”

That piece is worth repeating. More than 60 percent of respondents cited “the fear and consequences of failure” as the main driver for not taking more responsibility at work and they knew that “supporting a culture where well-reasoned risk-taking is encouraged” would help address that fear. They correctly identified the issue and the solution. How is it that no one is paying attention?

If leaders want employees to fully engage in taking responsibility and driving innovation within the organization then they have to recognize the “necessity of failure” in the process. And when these failures occur it is essential that they support those employees who are willing to take on those risks to their career and compensation.

A couple of additional articles on Innovation & Risk Taking: