Build a Growth Organization by Focusing On the Culture

Is your organization struggling to drive new innovation initiatives?  The culprit may be that your employees are too afraid to fail.  When talking with organizations I often hear the same refrain – we want our people to innovate but they won’t step forward to lead new innovation initiatives. Earlier this year I consulted with a company that was struggling with the same problem.  The organization had been around for over 25 years and just a couple of years earlier a new CEO was brought in from Silicon Valley.  The new CEO saw a lot of potential within the organization but too much of that potential was locked up behind department silos or trapped in the mindset of how things had always been done.  He wanted his people to be free to innovate and drive the next wave of ideas and opportunity for the organization but after two years he wasn’t seeing the results he had hoped for. 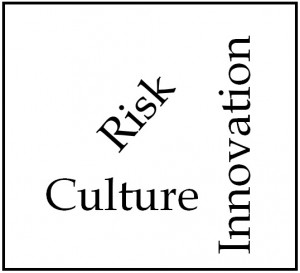 When he recognized that his people were not stepping forward with their ideas or their support of innovation initiatives he asked his leadership team to help solve for “why?”  This article is an examination of what was going on within the organization and some simple suggestions for both leaders and employees who might be facing similar circumstances.

Saying All of the Right Things

As I had mentioned the company has been in existence for over 25 years but for the first 23 years there was a hierarchical top-down approach to leadership.  Research and development was done exclusively within a certain group and “innovation” was something that other departments didn’t really need to concern themselves with.

For most of the organization’s history this top-down hierarchical structure had been the accepted model and truthfully they had been reasonably successful with it.  The company had successful innovations, their customers were reasonably satisfied and employees had chosen to remain with the company – for the most part.

The new CEO, having come from a large Silicon Valley company, quickly spotted a couple of the challenges facing his organization.  There was a lack of synergy between the organization’s structural silos and there was lack of engagement from the employees outside of the research & development function.  The new CEO saw great potential in breaking down those barriers and encouraging all employees to help drive innovation.

In response a new vice president was hired to lead the newly created innovation office and town hall meetings were held to encourage innovation across the organization.  But still little innovation happened outside of the traditional R&D function.  Sometime later at a follow up meeting with employees the company’s leaders asked “why they weren’t engaged in supporting new innovation initiatives?”  The answer back from employees was that leadership was saying all of the right things but employees didn’t believe them.  Employees had previously experienced the negative consequences from failed initiatives and they didn’t see how that policy had changed much.

There’s an old adage that states “just because you keep saying it doesn’t make it so.”  Most human capital (formerly human resources) and change management professionals will tell you that it takes significant rigor and years to effectively change an organization’s culture.  The reality was that the company wanted employees to take on more risk but leadership hadn’t yet demonstrated how they would respond to failure.

Employees knew that these innovation initiatives were higher risk than their normal responsibilities.  They had seen before how a failed project could threaten their earnings, their ability for promotion, and even their future employment.  Before taking on these risks they would need to trust that their leaders were looking out for their best interest.

For innovation to thrive there would need to be a demonstrated shift in the organization’s culture.  Employees would need to see that they weren’t punished for taking on these riskier initiatives.  To be clear, I am not suggesting a “free pass” for employees who lead innovation initiatives but instead for everyone to understand and support that these are riskier projects.

The Risk vs. Reward Equation Was Out of Balance

The problems this organization encountered is not unique.  Too often in business, just as in our personal lives, our actions don’t align perfectly with our words.  In fact I recently met with a “world class” innovative organization who still struggles with the challenges of risk vs. reward.  They have employees with 20 or 30 years of tenure with the company who are not willing to take on risky initiatives because it might tarnish their career and cost them that next promotion.

Here are a few recommendations I have for organizations that are struggling to build a culture of innovation within their organizations.

Innovative organizations are not born they are made and the same is true for innovative employees.  Some employees are more adapt than others at creativity, risk taking, and moving ideas forward but without the right culture they too will soon sink.

Creating a culture of innovation where employees both trust and are trusted in innovative risk taking does not happen overnight.  It happens when leaders are humble enough to listen to their employees concerns, to make the investment and changes necessary to change the culture, and to reinforce the necessary behaviors with their own actions.

I’d love to hear your thoughts and feedback.  If you found it valuable please feel free to share it.

If you are interested in learning more about creating a culture of innovation here are some other articles worth reading: