So Target Failed in Canada but How They Respond Matters More

Yesterday Target Corporation announced that it was closing its 133 Canadian stores. This announcement comes less than two years after they launched their first Canadian stores in March 2013. According to Target CEO Brian Cornell the decision came down to the fact that it would take six more years before they would see a profit on their Target Canada subsidiary.

[This post was originally published on January 16th, 2015 via LinkedIn.com] 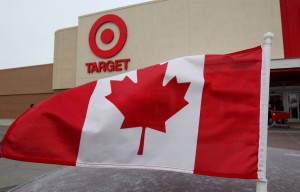 I first mentioned the challenge Target was having with their Canadian stores in a post from January 2013 (see Target Misses the Mark). At the time Target was delayed in launching their new Canadian stores and they had just admitted their failed partnership with Neiman Marcus. In that failed endeavor both retailers utilized high-end designers to create a unique collection of holiday gifts that both companies would sell online and in-store. Sales of the unique product never materialized and quickly those items were slashed to 70% off on their website with only a few being listed as sold out.

My suggestion to Target at the time was that they should examine what really happened with the failed experiment by taking the time to reflect on their story and being transparent within the organization. The goal would be to share 1) what had they accomplished, 2) what had they learned, and 3) what would they have done different. Going through this process would be a great chance for Target leaders to shape how the organization would handle risk and failure in the future. At the time they were still two months from opening their first Target stores in Canada.

When I speak on the subject of risk and failure I start by focusing on the distinction between mistakes and failures. Mistake can be caused by bad judgment, lack of information, or lack of attention to detail. We make numerous mistakes every day of our lives without serious consequence. While we would prefer to avoid mistakes we understand that without perfect attention and perfect prediction they are inevitable. Failure is a little different. Failure is simply a lack of success-when something you’re trying to accomplish fell short of what was required or projected. From the analysis on Target that I’ve read it sounds like they had made a series of mistakes that ultimately ended failure.

Pricing: From reports it sounds as if Canadian consumers loved visiting target in the United States. For many it was a good shopping experience and Target offered lower prices than they could find in Canada. But setting up operations in Canada increased costs and required Target to raise prices in their new stores. No longer did they have a pricing advantage over other Canadian retailers.

Experience: Another complaint from Canadian consumers was the availability of products. It sounds like Target stores were challenged to keep products on the shelves. Since they cited that sales were low this must have been problems with their operations of logistics capabilities. The other option is that Target over estimated their sales projections and didn’t want to burden their stores with higher inventory costs. Preferring instead to keep their shelves thinly stocked.

Loyalty: Another insight was that many Canadian consumers loved shopping Target when they visited the US but Target had failed to understand that they didn’t shop the same way as American consumers. They were also facing an uphill loyalty battle with Walmart and Canada’s Loblaws. This reminds be a bit of the battle that Coke faced with their loyalists when launching New Coke (see Creating Common Language).

The reality is that Target is not the first retailer to fail with their international expansion plans. In fact, the “king of retail” Walmart has had very mixed results. They have had success in the United Kingdom, South America, and China but failed in Germany and South Korea. Best Buy, another retailer located just minutes from Target’s headquarters, has had its own string of failed international expansions including China, Turkey, and the United Kingdom. Just last month Best Buy announced that it was selling its Chinese retail brand Five Star to a Chinese real estate group leaving them with operations only in the US, Mexico, and Canada.

I am sure this failure will sting for some time for Target employees and their leadership team. If they ever again have an appetite for international expansion plans the question won’t be if they will see more failure but when they will see more failure. This work is inherently risky and the path is littered with previous failures. But how Target responds now will set the tone for how employees will perceive risk for years to come.

Others articles on Target Canada: