Facing Failure: The Bridge for Youth Shares Their Story So Others Can Learn

The truth is that nonprofits experience failure just like every for-profit business: new initiatives fall short of expectations, the synergy of partnerships fails to materialize, or expansion plans overburden an organization’s cash flow.  But because nonprofits are so reliant on donations and grants to fund their operations even mentioning the word failure can be lethal.  The perception, and perhaps reality, is that no donor wants to think that their contribution is being wasted and no foundation wants to report back to their board on “failed” investments.  The result is that “safer is better” and failures are frequently covered up.

This same scenario plays out in government and education as well.  Few are willing to admit to their failures and prefer to instead to go along with the facade that failures don’t happen.  This farce only perpetuates the problem because “if failures aren’t happening then I certainly shouldn’t talk about my failures and risk being the outlier.”

This is the story of how one nonprofit, The Bridge for Youth, overcame a failed expansion plan after the economy collapsed in 2008.  It was difficult and painful journey but the organization survived.  The Executive Director, Dan Pfarr, is willing to share the story of their failure with the community to demonstrate that failures do happen and to encourage others to learn from their experience. 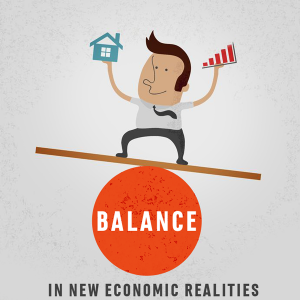 This is my third article in a new Pollen series titled Facing Failure. The series will share stories and the lessons learned from business, nonprofit, education, and government sector failures. The hope for this column is that we are able to learn from other’s failures and strengthen our Pollen community. If you have a story that you would like to share please contact me at matt@matthunt.co.

Running a business during an economic downturn can be difficult at best. Diligently managing sales, expenses, and cash flow is critical to the organization’s survival but each one of these business levers is within the leader’s control. Sustaining sales revenue is often the most challenging but if the company is willing to temporarily erode profit margins they can drive incremental sales by lowing prices and increasing their promotional campaigns.

But many nonprofits don’t have the same levers to adjust. They are not built around an “earned revenue” model where they receive fees for their services. Instead, they are highly reliant on government/foundation grants and donations to cover their operating costs. When the economy hits the skids, every one of these revenue sources gets called into question.

The Bridge for Youth (BFY) is a nonprofit that has been supporting homeless youth in Minneapolis, MN since 1970. In 2007, they were excited to expand their operations into a new facility in order to grow their services. But soon after the facility opened the economy collapsed. The expansion strategy had made sense but a new economic reality was causing severe hardship on the organization.

In the few years that followed, the organization struggled financially and had quickly cycled through several executive directors. In 2010, the board of directors brought in another executive director, Dan Pfarr. For The Bridge for Youth to survive, Dan knew he had to make several difficult decisions, each of which might have failed and could cost him his job. This is Dan’s story.

“Keep walking, though there’s no place to go…
Move within, but don’t move the way fear makes you move.”  -Rumi

Matthew Hunt: Three years ago you took over as executive director for the nonprofit The Bridge for Youth. Can you explain what your organization does?

Dan Pfarr: The BFY serves 10-17 year old homeless youth and youth who are in crisis. For 43 years, we have worked with the youth and their families to resolve conflict and restore confidence in the youth’s ability to manage their life. We serve over 1,000 youth and families each year with the majority of them coming from Hennepin County. We also operate a crisis line, longer term housing for 16-17 year olds (Transitions Program), and counseling services including aftercare and groups.

MH: Prior to you joining the organization The Bridge for Youth had gone through a significant expansion project. Can you explain what had happened?

DP: In 2007, after operating out of a residential home for over 30 years, The BFY refurbished an old telephone exchange building across the street from our shelter, adding on a new wing that could efficiently house 18 youth each night and expand our transitional housing beds/capacity. This new facility housed the administrative offices, space for counseling services, an on-site medical clinic and space for community partners. The project was completed in 2007, followed by the great recession and tremendous cuts in government contracts and funding. This left the organization vulnerable with insufficient operating funds to fully support the expansion and keep the beds full.

MH: So with growth plans in place, the economic recession hit. How did the downturn impact the organization?

DP: The organization burned through its reserve fund, laid off staff and over the next 3 years, went through 2 executive directors and an interim director before I was hired in November 2010. The organization was using its line of credit when I arrived and the services were suffering from all the changes in leadership.

MH: You mentioned that you needed to dramatically alter course if the organization was going to survive. What happened next?

DP: When you enter an organization that is struggling, there is immense pressure on the leaders, staff and supporters to figure out what isn’t working. Usually, the simple solutions that we think of immediately do not go deep enough to address chronic issues. We spent a full year looking at data that was gathered by McKinsey & Co. We engaged in a strategic planning process that took into account the cultural vision of the organization, our mission, and feedback from our community partners. We looked at bold strategies to recover our core mission and not just place a band-aid on the problems.

MH: You also mentioned that you felt as though your own job was at risk, how did that factor into your decision making?

DP: Everything is at risk in a failing organization: the board, the executive director, the leadership team, the staff, and the clients we serve. Bringing an organization back to health requires difficult decisions that impact finances, long-term strategies, and expanded visions for both facility and mission. We made difficult choices in changing our leadership, recruiting new board members, and building a strategy that would bring the organization back to fiscal and organizational health.

The fear of failure can cripple a leader’s (or an organization’s) ability to make sound decisions. It’s a challenge to live with these risks on a daily basis and not let that fear overwhelm you as a leader. You have to deal with fear by asking yourself: what’s the worst thing that can happen here? And when you’ve come to terms with whatever that worst outcome could be, you have faced your worst fear and you find it no longer controls you.

In the end The BFY had to make difficult decisions on a daily basis but we based our decisions on our mission and on the concrete data that we had collected about our services.

MH: So looking back over the last year how did the changes play out?

DP: Our board passed a comprehensive strategic plan in May that has returned us to our core mission of serving 10-17 year youth and adding services for 16-17 year olds that needed longer stays to find stability in their lives. The plan called for us to better use technology to provide our services and record data as well as integrating mental health assessments into our work. We are in the process of implementing a new case management system, a Text for Help system, and a system for coordinating open shelter beds with our community partners. These innovations are all using cutting edge technology to improve our services. We have also succeeded in consolidating our services from two buildings, fully utilizing for the first time the refurbished building that was built in 2007.

These changes have caught the attention of a number of funders who had stopped their funding, but are now confident in both the direction and the leadership as we move forward. These changes have not been easy, but we have restructured the organization in such a manner that we can succeed in serving out our mission in innovative ways.

MH: Looking back is there anything that you would have done differently?

DP: I underestimated the amount of stress that turning around a troubled organization entails; and the impact that a stressful job like this would have on my own personal health. I am grateful for my mentors, coaches, and good friends who have supported me and helped me to navigate this process. All of these things are essential to a leader’s success.

MH: What resources or advice would you recommend for other nonprofit executive directors?

DP: Using strategic consultants that are both familiar with the community and capable of understanding organizational change are critical. Making strategic leadership changes sooner rather than later is also vital. On the flip side of that, hiring talented people who have the same culture and vision to support you is crucial. In the end, you need to have a team that understands the vision that you want to achieve.

MH: You mentioned that one of your previous funders has come back and reengaged with the organization. What was their response to the changes?

DP: They basically said that because of our solid strategic plan and changes in how we conduct our business they supported 100% the direction of the agency and were confident in my leadership moving forward.  After what we had been through, I can’t tell you how heartening it was to hear that a donor clearly understands your message and trusts in your leadership.

It was a challenging time for everyone in the organization. Dan looks back at the last few years as the most difficult in his career but he also recognizes that he has learned a lot along the way. As he noted during the interview, he wasn’t always sure that the decisions he was making were the right ones but he kept walking and he kept moving his organization forward.

I would personally like to thank Dan and his entire team at The Bridge for Youth for their commitment and dedication to making this a better community. If you would like to learn more about The Bridge’s innovative technology or service projects Dan has agreed to answer your questions directly. You can reach Dan via email at d.pfarr@bridgeforyouth.org.