When Organizations Move From Being Risk Takers to Risk Managers: A Lesson From Elon Musk

I have been following the story of Elon Musk for several years now.  His attitude toward innovation, risk taking and the possibility of failure is what I consider to be an “example of good.”  This attitude has earned him a handsome fortune (worth $12b as of 2014) and a top spot in my “must interview” list for my book.  In my previous world of new business development, my team and I had followed Musk’s company Tesla Motors closely as we were working on opportunities in the electric vehicle industry.  At the time Musk had just begun general production of the Tesla Roadster and while it had won an award from Time Magazine as one of the best inventions of 2006 it was far from certain that the company could survive.

In December of 2008 both of Musk’s two companies, Telsa and SpaceX, were on the verge of collapse.  Tesla was sitting on a pile of defective cars that it couldn’t sell and SpaceX had three failed attempts at launching rockets into orbit.  With a fourth rocket attempt, Musk was going to either succeed or fail. Luckily his persistence paid off with a successful launch and with it Musk’s failures were all but forgotten.  NASA called soon after the launch with a $1.5b contract for SpaceX (link to 60 Minutes interview). 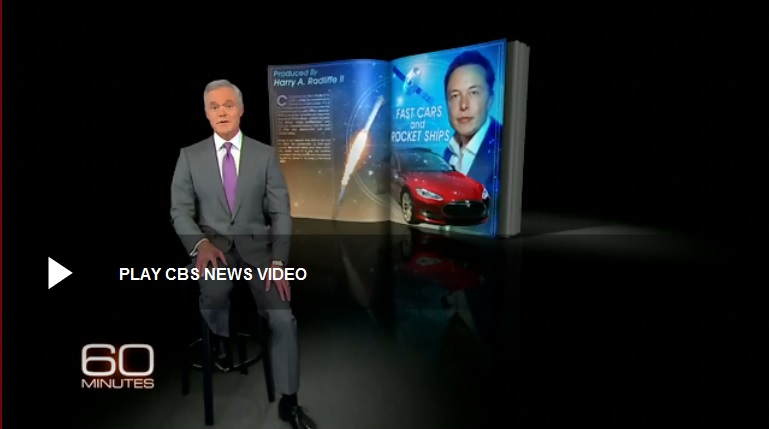 In 1995, Musk had moved to Palo Alto, California to pursue a Ph.D. from Stanford University in Physics but after his second day on campus he withdrew from the program to strike out on his own (link to Inc. interview).  Musk had $2000, a car, a computer, and a penchant for risk taking.  He knew that at Stanford his doctoral work may not have made a significant difference in the world and he saw entrepreneurship as a way to “get involved in stuff that really mattered.”

Silicon Valley was founded on the doctrine of trial and error entrepreneurship.  The early engineers in the valley knew that discovery only came through the use of the scientific methodology – hypothesis, test, and verify.  Most of the time the hypothesis is going to be wrong.  But through the discovery process you (and your company) will come out the other end smarter than you went in.  Repeat this cycle enough times and you will eventually find success.  If instead you short circuit the cycle by 1) only place “sure bets” or 2) covering up your failures you don’t have the chance to learn from them.

Most in Silicon Valley still hold true to this trial and error philosophy.  Randy Komisar, entrepreneur, venture capitalist and author of Getting to Plan B cites this attitude of accepting failing as the key to the valley’s success.  Why do we need to move to “Plan B” anyway?  Because “Plan A” wasn’t working!  The sooner we move on the next iteration the greater our chances of survival and of finding future success (my previous post on Randy Komisar).

So what is it that causes companies to move from being Risk Takers to Risk Managers?

As organizations grow beyond a startup their founders are frequently replaced by “experienced” executives.  In part this happens because the founders are often times not interested or not equipped to run large organizations.  Also as the investor base expands the “risk tolerance” of these investors usually decreases – they expect a more consistent return on their investment.  With these transitions the engineers and scientists are that were leading the organization are removed or reorganized and replaced with professional managers.  These new leaders are trained to minimize risk and are rewarded handsomely for it by their executives, their board of directors, and their investors.

Companies that take too many risks or risks that are “too great” may miss their earnings forecasts for the quarter or maybe the year.  In this scenario, the stock price will drop and leaders receive a slap on the wrist from their board.  Like Pavlov’s dog we have been conditioned to reward companies that demonstrate a slow and steady march of earnings per share growth.

The problem comes in when that reward system trickles down and permeates
every area within a company.  Slow and steady growth becomes the mantra and
the risk taking entrepreneurial ethos eventually turns into the stasis of risk management.

With Musk staying on as CEO of both SpaceX and Telsa it is reasonable to believe that the entrepreneurial ethos will persist.  During his 60 Minutes interview he commented that “Well, I didn’t really think Tesla would be successful. I thought we would most likely fail.  But I thought that we at least could address the false perception that people have that an electric car had to be ugly and slow and boring like a golf cart.”  Musk had a hypothesis that he has tested and now validated – the Tesla Roadster and Model S are both beautiful and fast!

After Musk cashed out of PayPal for roughly $180 million, he was willing to risk it all and bet on Tesla and SpaceX.  Many of us are rooting for both companies to succeed but we also can’t wait to see what else might capture his attention next!

“If something’s important enough you should try.
Even if […] the probable outcome is failure.” –Elon Musk