A Lesson In Leadership: How Circuit City Forgot the Value of Their Employees

So I thought I would take a break on this post from my usual topics of failure or innovation and instead focus on a lesson in leadership and philosophy.  Last week Alan Wurtzel wrote an insightful post titled “What Circuit City Learned about Valuing Employees” for the HBR Blog.  The article describes how important it is to respect your employees and give them the opportunity to grow.  For the first 50 years this was a core value at Circuit City but by 2000 the company’s executives had all but eviscerated that belief and by the end of 2009 Circuit City was gone.  As I read this article I kept thinking that these were some very important lessons to be learned for every retailer, especially Circuit City’s last remaining true competitor, Best Buy. 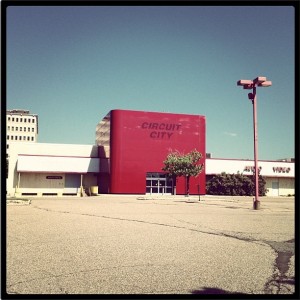 Alan Wurtzel was President and CEO of Circuit City from 1966 until 1986 and was the son of Sam Wurtzel, the man who founded Circuit City in 1949.  The company was originally known as Wards Company and was headquartered in Richmond, VA.  According to Alan his dad always know that the only way to get results was through the efforts of your people, which meant respecting them and giving them an opportunity to grow.  This thinking was different than much of the management theory of the day that had followed from the Henry Ford assembly lines and mass production theory from Frederick Taylor where every worker was just a part of the machine.

Alan mentions how his father was excited to have read similar thinking in “The Human Side of Enterprise” by MIT professor Douglas McGregor.  McGregor had explained his alternative hypotheses of people management (called personnel back then) Theory X and Theory Y.  In Theory X employees were naturally lazy and thus had to be closely supervised and controlled.  But Theory Y was almost the opposite in the belief that people enjoyed mental and physical activity, sought opportunities to be creative, and wanted to succeed at work.

Alan suggests that it was because of his father’s focus on treating his employees well and creating opportunities for them to grow that Circuit City flourished.  Between 1949 and 2000, Circuit City would grow to become the most profitable independent consumer electronics chain in the United States.  But there was a fundamental shift going on inside the organization during its last decade of existence.  Employees were being seen as fungible and disposable economic units more akin to Theory X.  Alan cites this shift as the primary cause of Circuit City’s demise, “When workers are treated as cogs in a machine instead of flesh-and-blood human beings, they naturally fail to give their best efforts. When that happens, sales and margins decline, turnover increases and profits plummet.”

While there have been other reasons cited as playing a part in Circuit City’s demise, including poorer performing retail locations and a lack of enough cash on hand to weather the economic downturn, there was no doubt that a broad base of their employees were roiling when they simultaneously eliminated commissions and laid off 3900 salespeople in 2003.  In 2007, Circuit City again laid off 3400 of their better paid sales associates and implemented a “wage management” program that cut salaries of almost every remaining employee.  Throughout the decade there had been numerous customer lawsuits including false advertising and breach of contract.  And by 2008 there was major concern in the vendor community as Circuit City prepared for bankruptcy filings, the company had debts of $2.3b and owed Hewlett-Packard $119m and Samsung Electronics $116m.

5 replies to “A Lesson In Leadership: How Circuit City Forgot the Value of Their Employees”