Disney’s Lone Ranger Fails to Win Over Fans, May Force a $100+ Million Write-Down

According to MarketWatch, Disney’s The Lone Ranger brought in just $48.9 million in its first five days in theaters.  Industry experts estimate that the movie cost between $215 million and $250 million to create.  With such high production costs, analysts have a bleak outlook that Disney will be able to recoup their costs even with overseas royalties.  How in the era of powerful market testing can there be such a big gap between expectations and reality.  How can there still be such big box office failures?  Many of the biggest bombs are able to recoup revenue through global distribution (see the list of the Biggest Movie Failures). 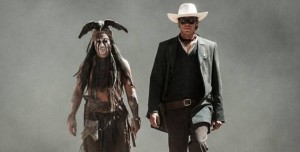 The Lone Ranger had high powered A-list talent with Johnny Depp and producer by Jerry Bruckheimer.  Both Depp and Bruckheimer had worked together on the successful cinema series Pirates of the Caribbean.  Bruckheimer wanted the movie to revive a dead Western genre by introducing a new take on the classic radio and television series.  This was the same strategy that he had used in creating the hits Top Gun and Pirates of the Caribbean.  The movie had marquee talent, amazing special effects, and a proven recipe for success.  What it lacked was a clear target market and a strong story.  Critics suggested that the movie was too long (at 2 hours and 29 minutes) and the script was too bland.  Movie making is a very complicated business.  Until all of the pieces are brought together in the end you never know what you’ll end up with.

This complexity means that even the most surefire success will sometimes miss the mark.  Bruckheimer was once quoted as saying that “Every time I make a movie I think that it’s going to be my last one, I think that no one is going to show up. I always have this sense that they’re all going to fail.  I am scared to death.”  It seems that Mr. Bruckheimer has another chance to face his fear.  I am curious to find out how much time the studios spend understanding and learning from their failures.  Do they estimate their risk of failure when they stray from the known movie formulas?

In his book The Power of Habit, author Charles Duhigg (@cduhigg) explains new research on how our brains crave the familiar with examples in music and movies.  This yearning for the familiar is one reason why we see so many sequels.  The audience is already familiar with the genre and the characters.  If the previous film or films were entertaining then the audience is willing to risk paying for another helping of the same dish.  While Bruckheimer certainly loves to take advantage of the momentum of sequels (Pirates of the Caribbean, National Treasure, Bad Boys, etc.) he also loves to take risks by trying to revive these dead genres.

Interestingly enough, Bruckheimer was also once quoted as saying “I think my success stems from one fear … fear of failure.”  While it is definitely too early to categorize the film as a failure, the opening box office performance will remind him of the pain sometimes involved in going off of the beaten path.  Another Hollywood icon captured this idea perfectly:

“If you’re not failing every now and again,
it’s a sign you’re not doing anything very innovative.” – Woody Allen

2 replies to “Disney’s Lone Ranger Fails to Win Over Fans, May Force a $100+ Million Write-Down”