Nike FuelBand Failure: Innovation Failure Happens – How Will You Respond?

Last Friday CNET reported that Nike had fired a large part of their Digital Sports division, the team responsible for their FuelBand product.  It was estimated that of the 70 person hardware team, 70-80% were let go.  Based on the comments of Nike representatives it sounds as though the company isn’t abandoning the technology altogether but just pivoting away from hardware manufacturing.  With more phones and wearable devices adding the necessary chips to track motion it looks like Nike will pivot to become more of an integrator into other hardware platforms. 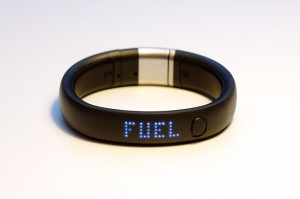 The truth is that these wild swings happen all the time within Innovation / New Business teams.  Organizations that are trying to lead the way will frequently find themselves out ahead of the curve and will need to readjust their course.  As I have previously posted (see 3 Out of 4 Fail), some researchers have concluded that the “failure rate” of new corporate venture projects comes in at 78%!  For those outside of this space it can seem staggering to think that more than 3 out of 4 initiatives fail but from my observations over the years that number sounds about right.

Granted there are definitely things that organizations can do better to manage their innovation Innovation / New Business through the pipeline but the reality remains that there are an incredible number of variables that these teams are trying to manage (see Complexity Theory and New Business Models).  They are building a new business, in some cases a new industry, and trying to aim it at a moving target.

The killer is that Nike was one of the first to introduce the “wearable” activity tracker when they launched the Nike+ transmitter that relayed information from your shoe to your iPod while you were on the go.  Then they paused.  Nike didn’t launch the FuelBand product until February 2012 almost 3 ½ years after Fitbit (the current market leader) introduced their first wearable activity tracker.

Many in the media and CE industry are already diagnosing the “limited” wearable category as dead citing the phone or the multifunction watches as the future of this space.  I am not so certain.  I continue to use my Fitbit as my activity gauge – telling me when I need to get off the couch and onto the elliptical.  When I am home I rarely have my phone on me.  I gave up wearing watches a decade ago and don’t intend to look back.

Whether or not this was the right call for Nike won’t be known for some time.  More important for the organization is how those employees still remaining with the company will respond.  The remaining employees will be watching to see if the company does their best to ensure that those employees who took the risk by join this new initiative are treated fairly.  If they are treated poorly, it is likely that the remaining employees will be looking to “de-risk” their initiatives to better ensure their survival.

Every company out there is screaming innovate, innovate, innovate but few are prepared for what happens when these projects “fail” or when they need to make a dramatic pivot.  My suggestion is that companies are transparent as possible with these employees early on so that they can plan accordingly – sort of an “innovation prenuptial.”  If they wait until the project is in a tailspin it is too late.  I wish Nike and the entire wearable category good luck – I really don’t want to have to go back to wearing a watch!