Drama in Academia This Week… Just How Important Is Disruptive Innovation?

Are we ready for a new twist on reality TV? What if we moved benign academic tussles to a new full-contact arena? We could call it the “Ph.D. Cage Match.” Not likely but I have to admit truthfully that it has been a little exciting watching this battle of words brewing between two Harvard academics. Jill Lepore (a staff writer for The New Yorker magazine and Harvard Professor of American History) and Clay Christensen (a Harvard Professor of Business Administration and the reigning godfather of the modern innovation movement) have been publicly duking it out over their disagreement on Christensen’s theory of “disruptive innovation.”

I am frequently an advocate for the benefits of children playing video games.  I realize that I am somewhat of an outlier but watching my children play I have seen them building real world skills like logical thinking and problem solving.  Occasionally I will hear their pangs of frustration but I appreciate watching them strengthen their resolve as they work to overcome a task and complete an adventure.  Admittedly there can be many challenges too but for the most part I see the positives outweighing the negatives.  Until this weekend, I hadn’t really understood a negative impact of one particular type of game – the Kinect Sports games.

Nike FuelBand Failure: Innovation Failure Happens – How Will You Respond?

Last Friday CNET reported that Nike had fired a large part of their Digital Sports division, the team responsible for their FuelBand product.  It was estimated that of the 70 person hardware team, 70-80% were let go.  Based on the comments of Nike representatives it sounds as though the company isn’t abandoning the technology altogether but just pivoting away from hardware manufacturing.  With more phones and wearable devices adding the necessary chips to track motion it looks like Nike will pivot to become more of an integrator into other hardware platforms.

Over the last year I had the opportunity to discover a hidden innovation gem in my own back yard.  A group of companies had banded together to help each other build more innovative organizations, or at least organizations that could drive innovation with a higher degree of success.  Innovators International was formed in 2007 out of work commissioned by the Mayo Clinic.  Today it is a member partnership of 50 of the world’s most innovative companies who are working together to build each member their own structure for driving sustained innovation.

When Organizations Move From Being Risk Takers to Risk Managers: A Lesson From Elon Musk

I have been following the story of Elon Musk for several years now.  His attitude toward innovation, risk taking and the possibility of failure is what I consider to be an “example of good.”  This attitude has earned him a handsome fortune (worth $12b as of 2014) and a top spot in my “must interview” list for my book.  In my previous world of new business development, my team and I had followed Musk’s company Tesla Motors closely as we were working on opportunities in the electric vehicle industry.  At the time Musk had just begun general production of the Tesla Roadster and while it had won an award from Time Magazine as one of the best inventions of 2006 it was far from certain that the company could survive. 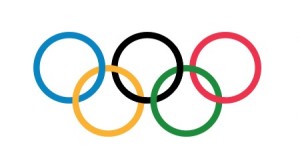 With a new year brings the annual cycle of personal New Year’s resolutions.  Frequently these resolutions include losing weight, reading more, spending less, or getting more involved.  Many of us want to change from our current course to something that is more desirable but statistically 88% of the time we will fail at our resolutions.  Oftentimes failure comes early in that we say we want to make changes but we never even take the first step.